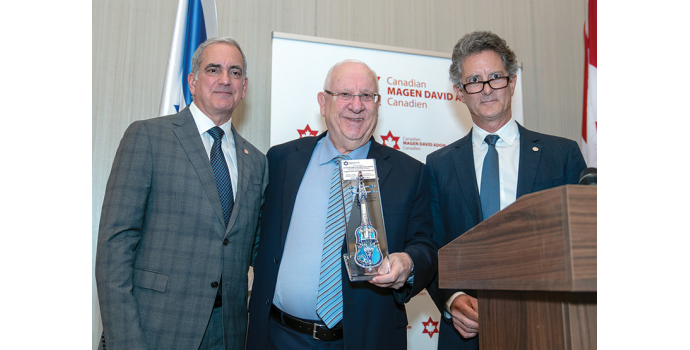 CMDA honours the President of the State of Israel, Reuven Rivlin

His Excellency, The Honourable Reuven (Ruvi) Rivlin, President of the State of Israel, was the guest of honour Sunday evening, March 31st at an exclusive event at the Four Seasons Hotel in Toronto.

This prestigious event in appreciation of Canadian Magen David Adom, was the President’s only private invitational event during his visit to Canada.

Flanked by CMDA National President, Michael Levine, and CMDA’s Central Region President, David Meyerowitz, the President thanked the participants in French, English and Hebrew, and said that he was excited to note the wonderful and life-saving work of Canadian Magen David Adom for Israel, Canada and the world.

MDA Canada has been operating in the country since 1976. The President noted the assistance provided by Canadian Magen David Adom to Israel and referred to the Canadian Red Cross delegation, which was joined by an MDA official, and which is in Mozambique to help the victims of the cyclone that hit the country.

We sincerely thank His Excellency, The Honourable Reuven (Ruvi) Rivlin, President of the State of Israel, Ambassador of Israel to Canada, Nimrod Barkan and Consul General of Israel in Toronto, Galit Baram. 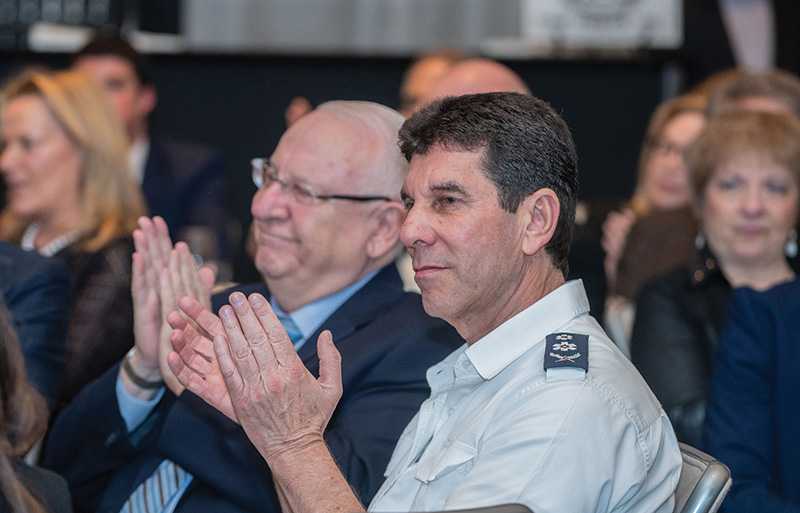 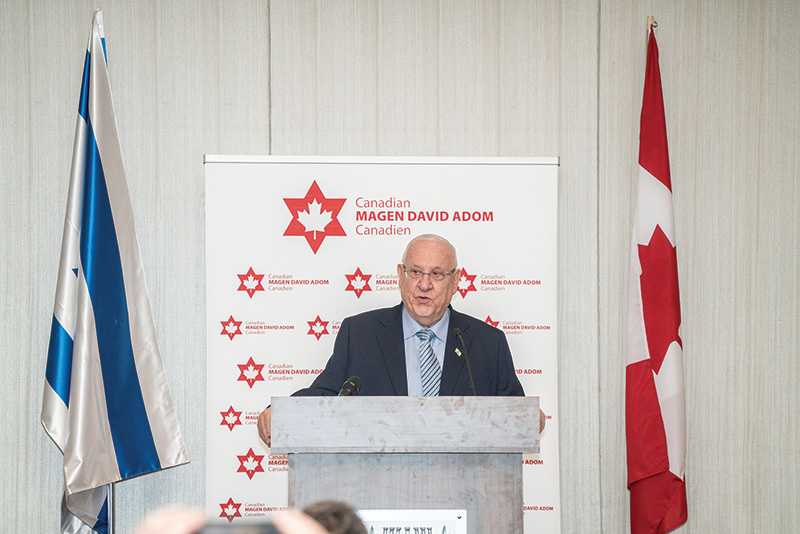 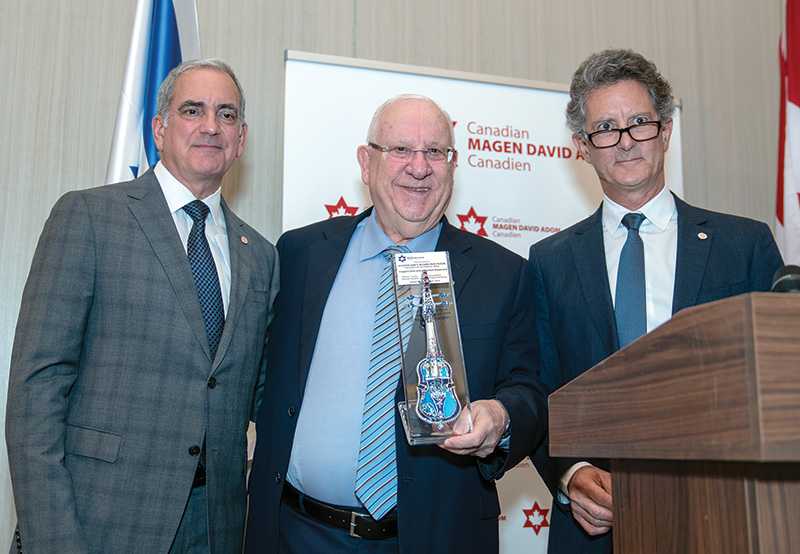