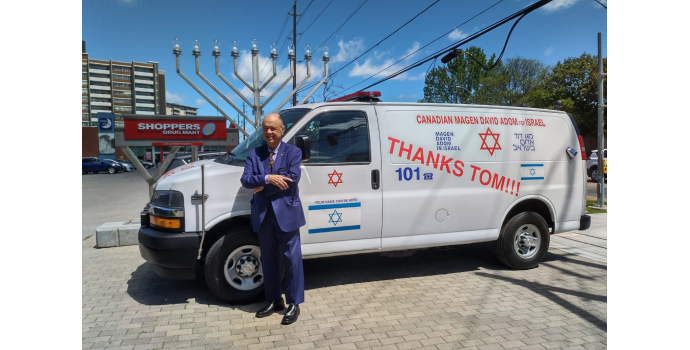 Over the last three weeks, the Toronto Chapter of Canadian Magen David Adom, headed by Hershel Recht and assisted by Iris Ehrent and Daniel Amzallag, conducted its largest ever ‘disruptive’ advertising campaign across the City of Toronto, the country and the Internet in the organization’s history.

The opening shot began on Sunday, June 2nd with a flashing 60 second rotational Billboard exiting Thornhill that displayed a picture of a MICU emblazoned with the words, ‘Thanks Tom’. Simultaneously, Linkedin, Facebook and Whatsapp became alive with numerous questions: “Who’s Tom”? “Why is his name on an ambulance?”

Beginning Monday, June 3rd and concluding on Tuesday, June 11th, one Mobile Intensive Care Unit and one Standard Ambulance were placed at various major landmarks, including synagogues and restaurants along the heavily Jewish Bathurst Street corridor.

Every day, from 6 AM until 8:30 PM, Torontonians driving to work, home or school, north to southbound on either side of the street were confronted by one of Magen David Adom’s Emergency Vehicles asking, “Who’s Tom?” or stating, “Be Like Tom”.

The buzz was palpable. CMDA’s website, personal Linkedins and Facebook pages were all being confronted with questions and comments about the Campaign.

Under strict instructions from National Executive Director, Sidney Benizri, all staff and Board Members were ordered to maintain secrecy when individuals called in to ask who Tom was.

Simultaneously, a website, www.beliketom.ca, which was only created as a disruption tactic of the campaign was accessed thousands of times, but if visitors were hoping to find out anything about TOM, they were sorely mistaken. The website connected the visitor to CMDA’s fundraising page but provided no information. Once visiting the site, we could only imagine that there were many who were not thrilled with not knowing who Tom was but there were some that donated just because they desired to become part of a campaign that caught their attention. After the conclusion of the Shavuot Holiday, the Emergency Vehicles disappeared and an advertisement was placed in the Canadian Jewish News immediately following the Chag thanking the locations and their owners for allowing CMDA to place the vehicles in plain sight for passersby and motorists.

On Thursday, June 13th, CMDA released a ‘Thanks Tom’ Video which went completely viral. (Please visit CMDA’s Facebook to view it). Men, women and children from across Canada, Israel, Sri Lanka, Ethiopia, Latin America, Russia and the world over thanked Tom in their language for his incredible dedication.

Finally, after three weeks of anticipation, the date finally arrived. On Tuesday, June 18th, CMDA announced a seven figure gift from Mr. Thomas Fairfull, a gentile living outside the Greater Toronto Area. Mr. Fairfull’s donation of a MICU is in memory of his dear parents Alexander and Doris and the rest of his funds will be used for blood equipment.

Tom, his wife, Anne and his children are dedicated Zionists and he grew up in Kensington Market among the Jewish community.

In an article appearing the same day in the Canadian Jewish News, Tom was pictured with his wife Anne and the President of the State of Israel, Reuven Rivlin during his recent March 31st visit to Toronto. Tom was quoted as saying: “We’re Christians, We believe in Jesus Christ and he was a Jew. I support them (Magen David Adom) one hundred percent. The capital of Israel is Jerusalem. I’m just a big supporter of them and always have been”.

We salute the Fairfull Family for their amazing gift and we are happy to honour them with a special award that will be presented at the annual CMDA Toronto Event taking place on Thursday, November 21st in Toronto at the Toronto Centre for the Performing Arts, soon to be the Meridian Centre. 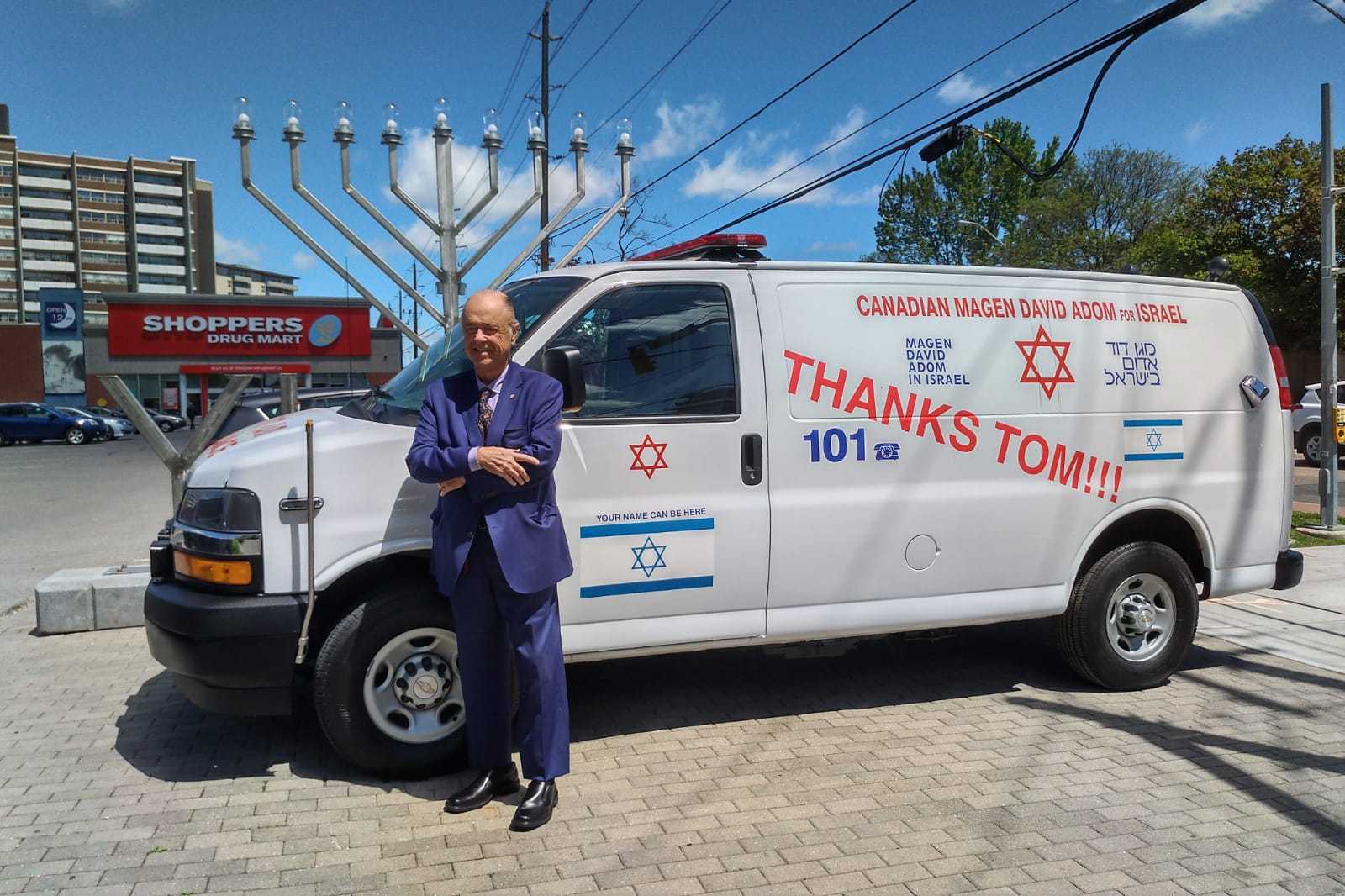 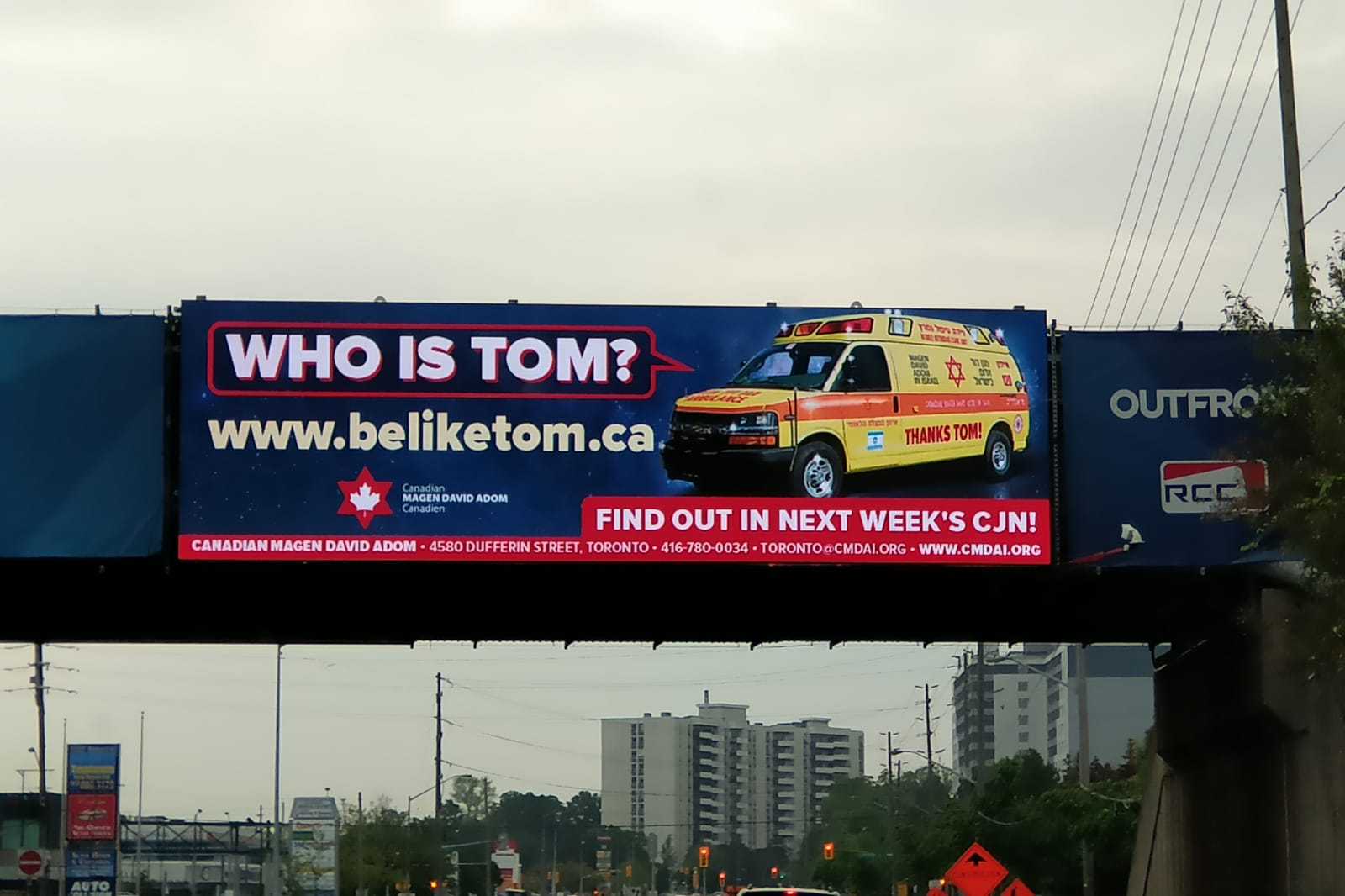 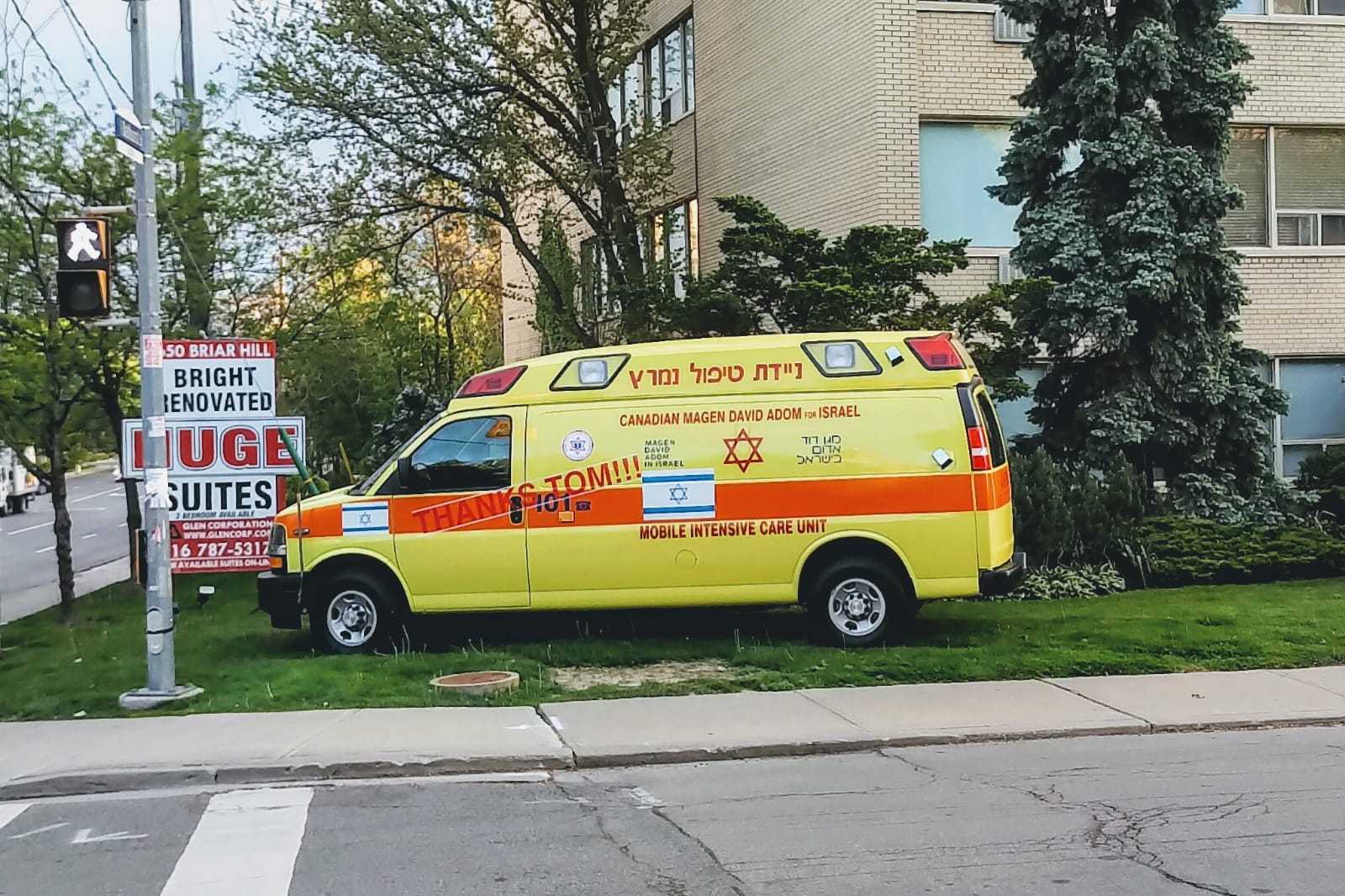 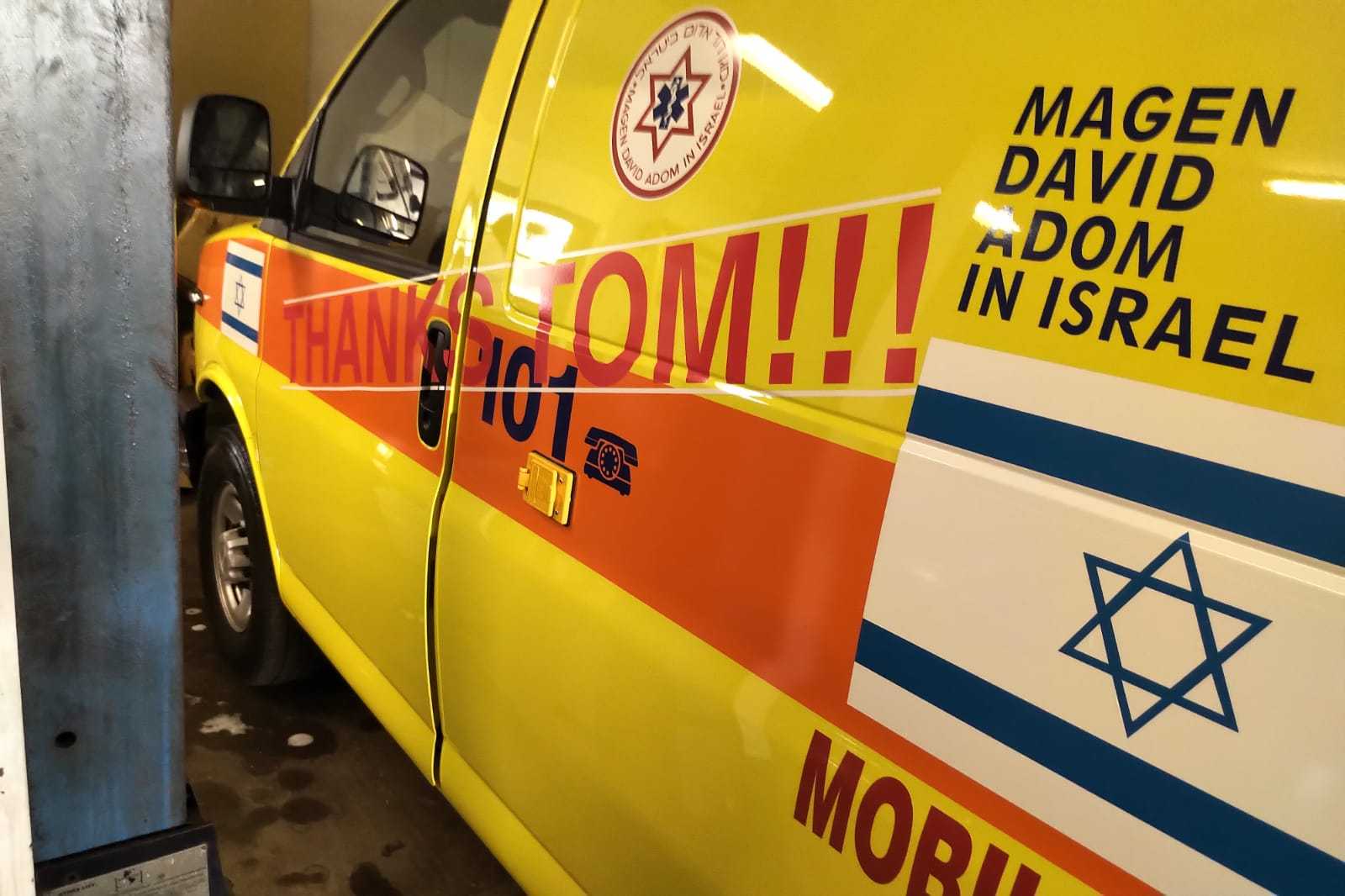 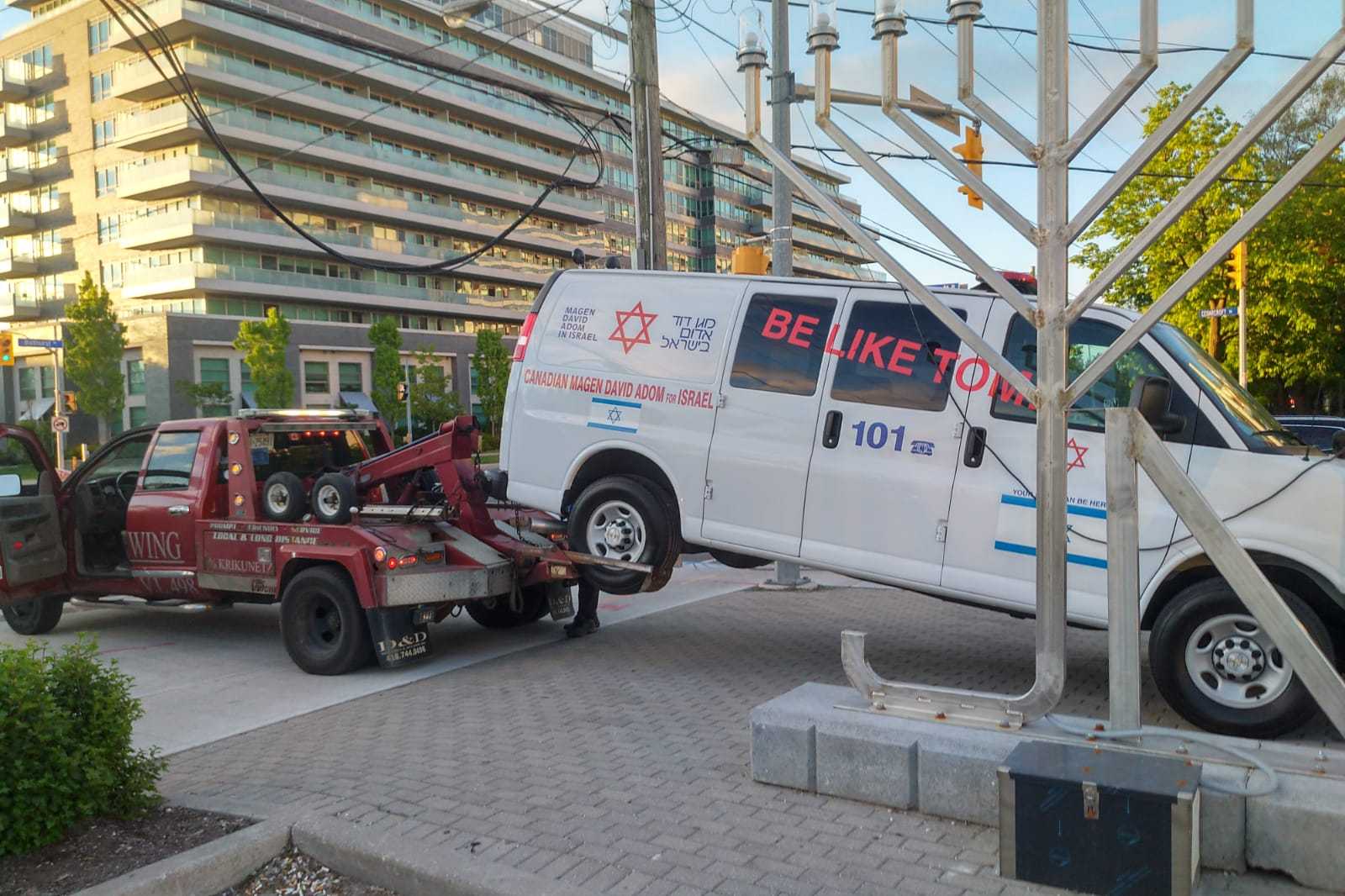 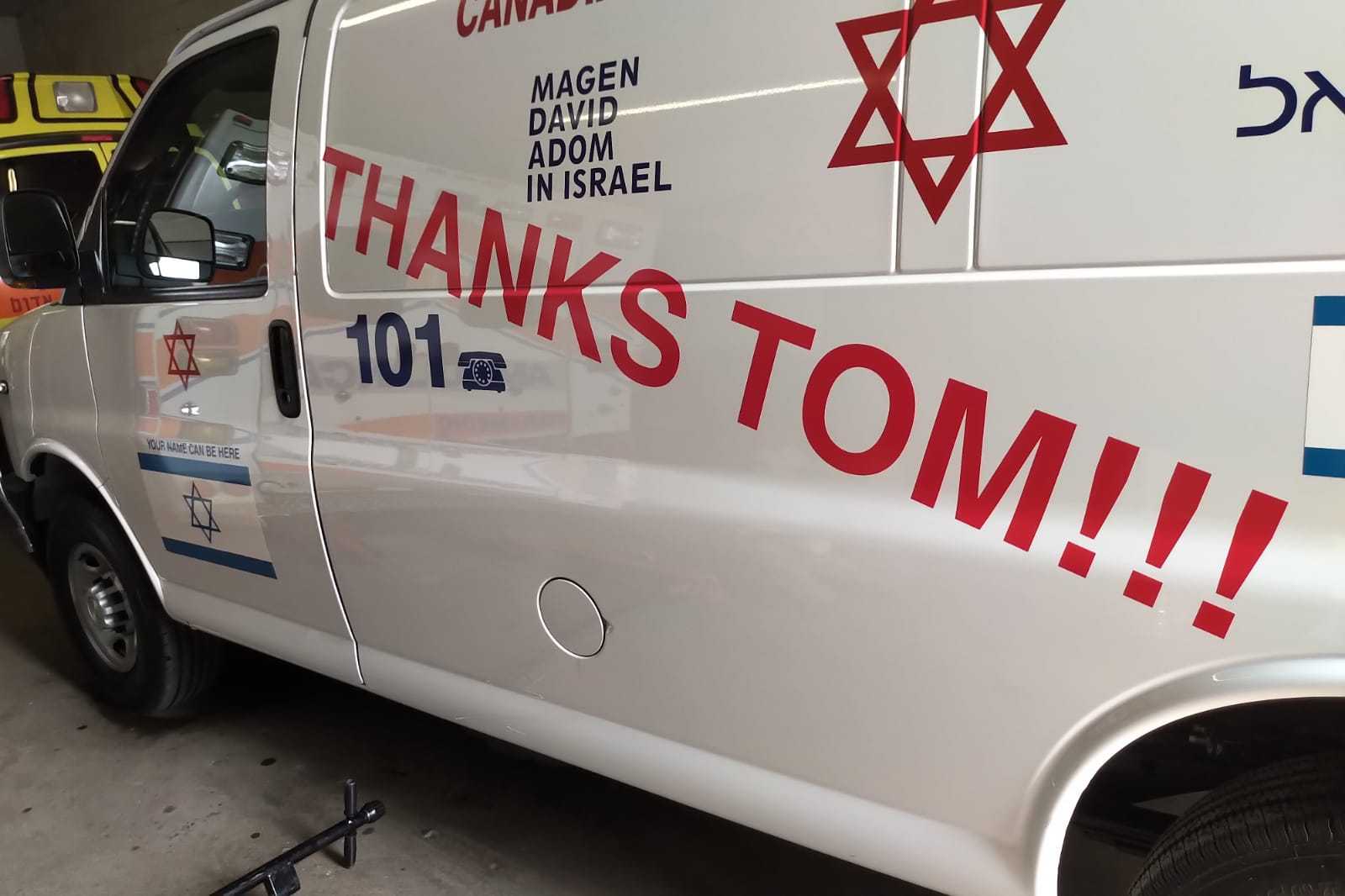 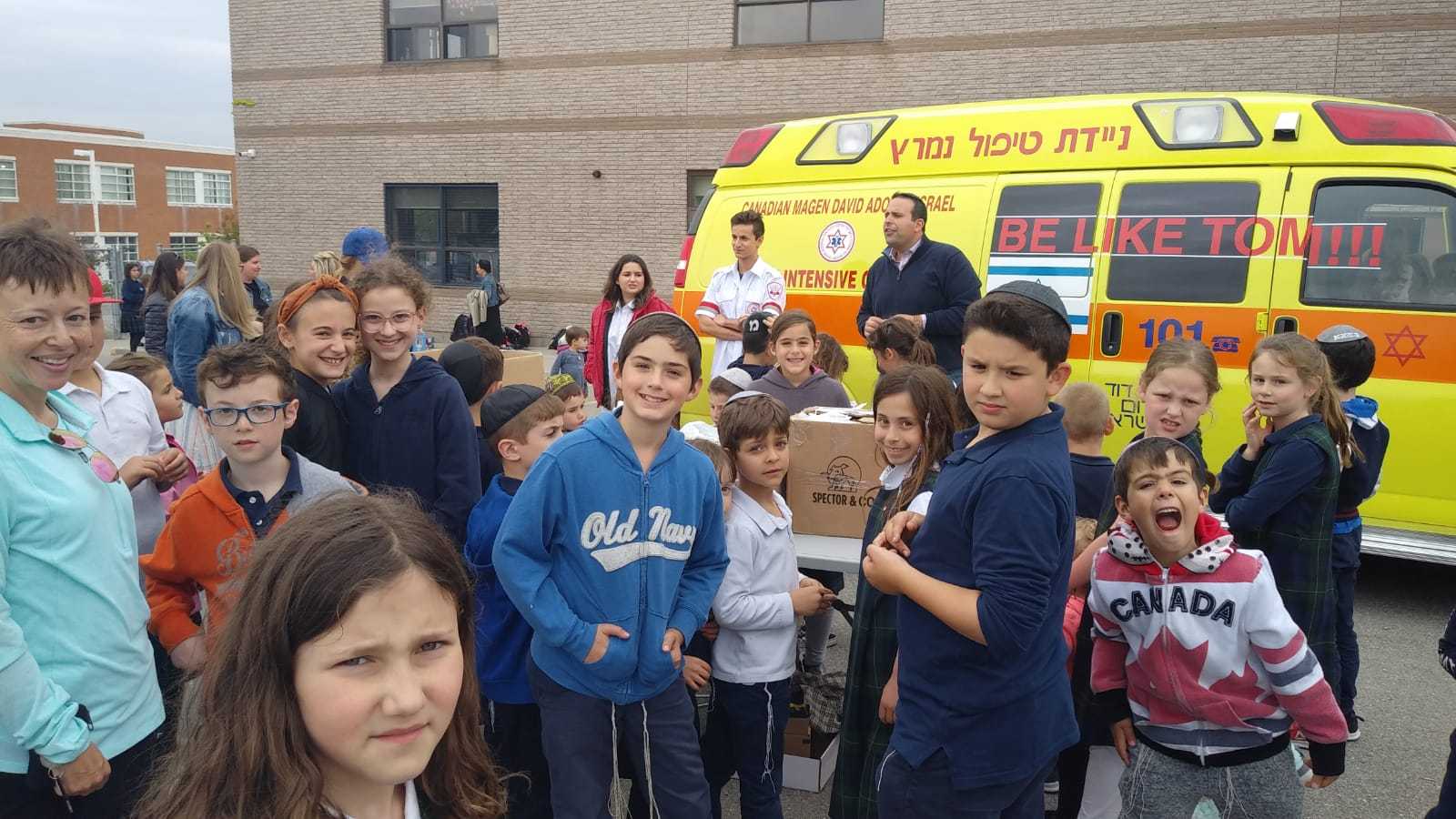